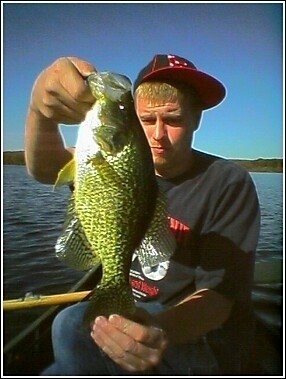 Decided to take a personal day off for fishing before the winter, so I wanted to make it a good day. My first time going somewhere new to fish in a few years now, I found a place other than Bantam to go pike fishing. I decided to start rowing and throw my line out because we weren't catching anything. Next thing I know, my rod almost flies out of our canoe. I knew I had one because the tip of the rod was pulsating. A few minutes later after a really fun battle of not knowing what was on the other end, I pulled up the biggest black crappie I've ever seen.