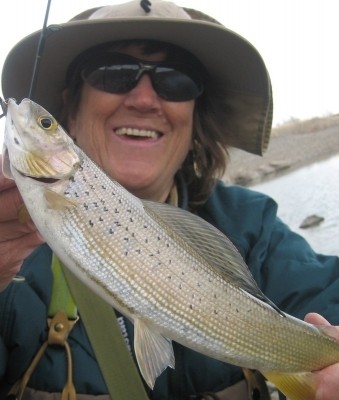 Our local fish biologist has advised this particular grayling has a storied past. After being hatched and reared at the state hatchery in Lewistown, Montana it was trucked to one of the trailheads on the Rocky Mountain front as a yearling in 1999 - 2001, loaded onto a pack animal and hauled 25+ miles into the backcountry, only to swim back downstream at least 30 - 40 river miles to end up in the location it was caught.