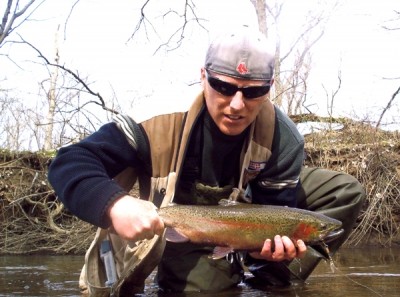 This was the last fish of the day landed. I was getting ready to leave when out of the corner of my eye I saw 2 fish sitting in a spot they were not sitting earlier. So I said I'd give it a shot before I go. Took a cast at the first fish and he spooks off right a away. The 2nd smaller male was still there so I took a cast at him and he came up and slammed the spinner on the first cast. Fun little catch to end the day.