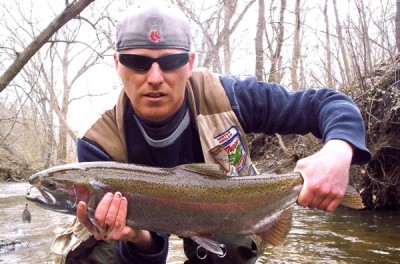 Was fishing the redds again today. Found a few fish on the redds in fast water near a log jam. Took a cast and held the spinner in the current. 2 males tried to hit but missed the spinner. Then I tried again for one of the males still sitting in that spot. Put the spinner in his face but he did not strike. So I kept the spinner by the male and the female comes up from 5 foot away and slams my Mepps! I guess she could not stand the site of that spinner. She had to get the job done since her 2 males could not. Good times!