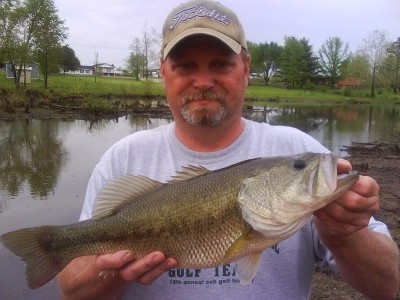 My son convinced me to go fishing even though it was raining. I wasn't having very much luck, so he told me to try this lure. He said he has caught a lot of big fish on it , so I said why not. It was the second fish I caught, and oh what a beauty. I also hung into another one not long after that, that was probably bigger but I didn't have the hook set well and she came off about 5 ft from the bank.