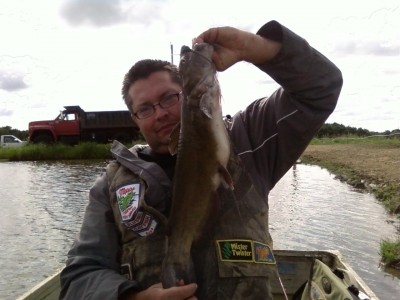 It was real windy today, we had the lake to ourselves and the cats were going crazy on shad and bullfrog tadpoles. This one is just one several we CAUGHT AND RELEASED. Plus some HUGE sunfish and gills. It was just...you know one of those rare days.