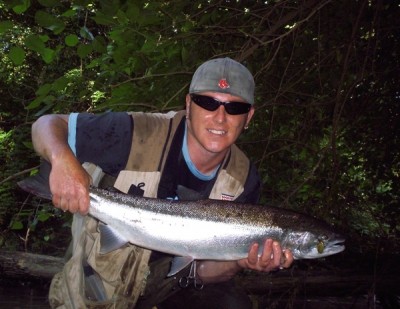 I got this fish holding the spinner in the current in a deep pool. On my first cast. I felt a soft bump and then wham a fish hit hard, I set the hook and lost it right away. 2 seconds later I took another cast and wham fish on! At first I thought it might have been the same fish I lost. But once I saw it, I knew it was a different fish because it was bigger than the first one. This fish put up a great fight jumping out of the water. Good Times!