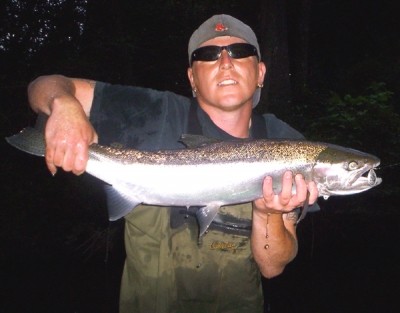 I found this little spot behind a deep pool that was shallow. I saw this big steelhead sitting there. I took a cast at him in hopes of him hitting. But instead this fish came out from under the log and swallowed my Mepps right before I even had a chance for this big fish to hit. The fish rolled around a lot like a coho. But once I got a good look at him it was a steelhead. What a fun way to catch a fish being able to see them hit!