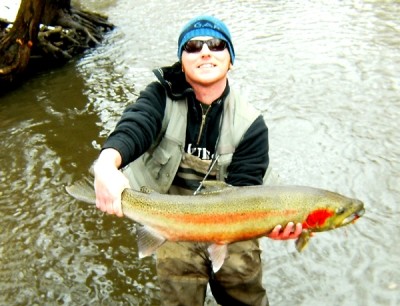 I was out today looking for some early spawners but could not find any yet. So I fished some small pools near the gravel. After a few casts this huge buck nailed my Mepps! This fish put up a great fight. I almost had him in and he took off and the fight was not even close to being over. Finally I got him in. I'd guess and say this guy was around 15lbs. Good times!