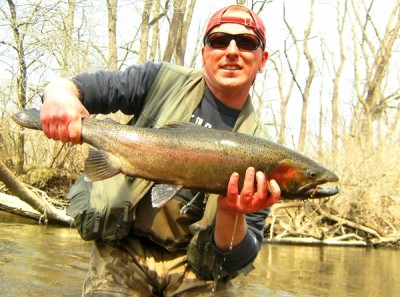 I found this buck sitting on a redd. I took a cast and the fish tried to hit. I took a few more casts and the same thing. Finally I got closer to where I could put the spinner in front of him and hold it in the current. As soon as I took a cast the fish hit the spinner about an inch off the surface. Was a cool hit to watch happen!