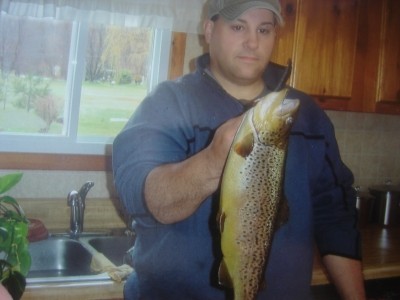 Fourth day into the season. Stopped at a nice spot I always wanted to fish. Took a few cast and landed this nice brown. Took a few more cast and brought in two more just like it. They were released so some one else could enjoy them....