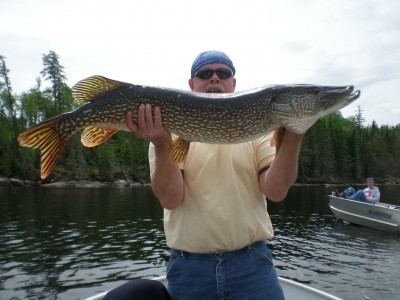 After catching several walleyes, I decided to throw a Mepps spinner in a back bay of shallow water. On the third cast, I landed this monster pike which weighed 22 lbs.and was 44 1/2 inches long. I've caught hundreds of pike with Mepps spinners, but never one this big!! I like the # 4 Mepps..it's a killer.