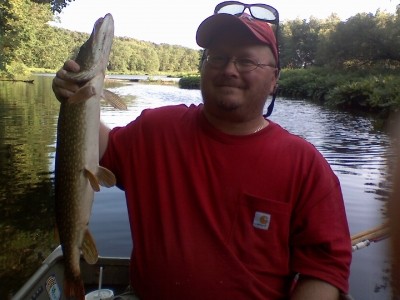 I was with My Dad and told him about this spot on the river that usually holds Pike. I have fished that spot several times this year with no luck. I made my cast and had one on and lost it. We let the boat drift into the cove and made several more casts and I finally hooked this fish and put it in the boat