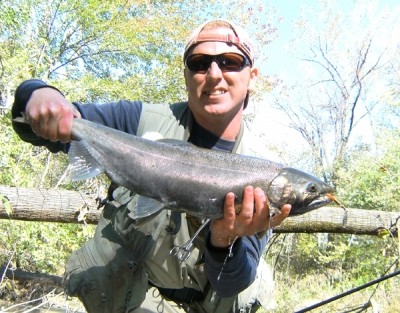 I saw this fish spawning in between some logs. I tried to cast across the spot to get her to bite but I ended up getting snagged up on one of the logs. So I decided to get in the water and get my spinner out. Well since I was in the water, I was now right in front of the fish. So I took a few casts holding the spinner in the current swinging it in front of her. This fish showed some interested and after a few more casts she took my spinner good.