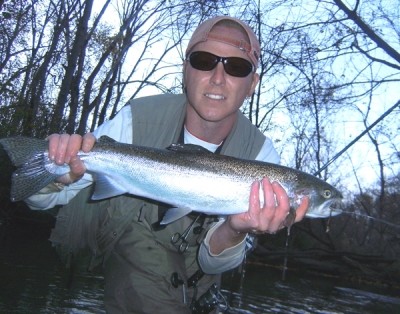 I got this fish holding the spinner in the current in a small pool behind a log. The fish hit on the first cast and swallowed my spinner. She put up a great fight jumping 3 times and got 3 foot out of the water each time she jumped. Sadly this was her last fight. I had to keep her because she swallowed my spinner. She was not bleeding in the gills but would not release for some reason. So I did what was best and kept her.