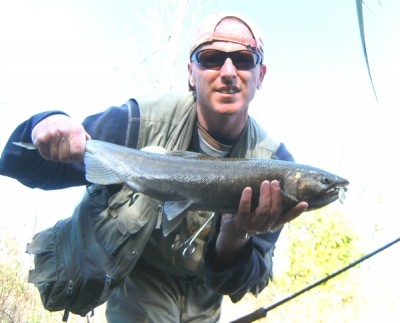 I saw this fish sitting on a redd. I took a cast upstream bringing the spinner in with the current. This fish tried to hit a few times. But then decided to tuck under a small branch. I took another cast but got my line stuck on the branch. But my spnner was in the water right in front of her dangling. She hit the spinner while it was sitting there. I set the hook the branch broke right away. So I was able to get her in. Was crazy how this fish hit my spinner today!