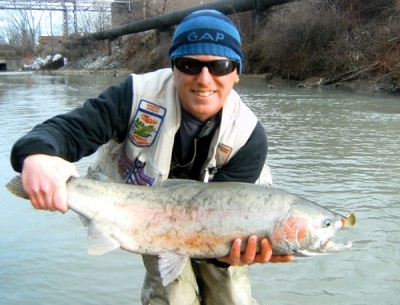 I saw this big beat up buck spawning with a hen. I took a cast from far away and hooked him for a split sec. I moved in closer. He came up and nailed my Mepps again, but I missed him. Next cast, bang! I got a perfect hook set. Got him in. Come to find out this is the same fish I missed on my fly rod a week ago on my birthday. This fish tried to hit my fly off the surface a few times. Then, my friend ended up catching him that day. Crazy how after a week this fish was still super aggressive and still spawning, even after being caught before. Fun catch thanks to Mepps!