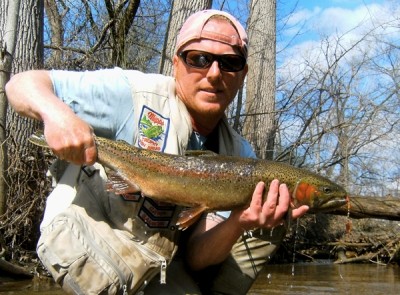 I was holding the spinner in the current under a log. This fish hit super soft. I did not even know he had it because my spinner was still spinning when he had it in his mouth. Then I moved it and that's when I felt the fish on the other end. So I set the hook hard and got him in.