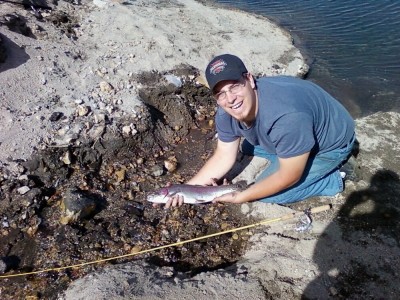 Started out just using the usual power bait, and nothing was hitting, so threw on an old Aglia and first three casts got some nice 14 inch lake trout. Then after another hour, finally, this guy hit, was a nice 15 minute fight only using 4lb line, hoping it wouldn't break. But, man was it such a rush.