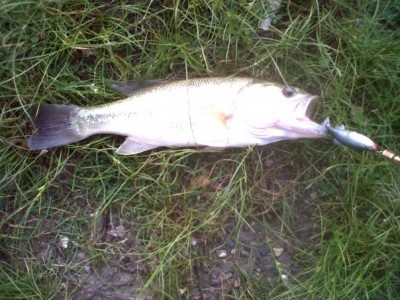 I casted under a tree and he took my lure. But, this was a weird fish. I felt him hit, but, then I thought I was just stuck on a rock and so did my friend James Kelly. Then we saw him raise up and I was then able to reel her in. For a short fish he weighed a lot. I also had one that ripped that Mino straight off my line when it jumped and was in mid air. Everything loves the Comet!