Musky Caught by Tommy with Mepps XD in Illinois 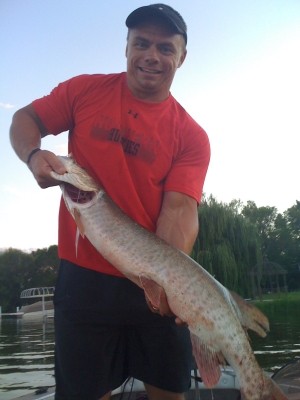 Was casting minnow baits in a bay for Northern Pike and came up empty. So we decided to go to shoreline casting and I put the XD on. I threw right by a pier and she nailed the lure. As soon as she hit, she launched out of the water and the heart started pumping. After a nice fight and a couple of pictures, she was released to be caught another day. Biggest fish of my life....awesome. I have 12 XD's in my tackle box and another 10 or so waiting to be used. It is my #1 lure.