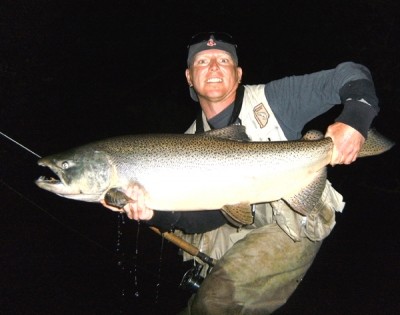 It got dark but I had been hooking salmon. So I decided to stay after dark for a bit. I took a cast and this big buck hit my spinner soft. As soon as I set the hook he shook his head only 2 times fast and then went crazy running all over the big pool. Took a while to get him in since he was so fresh. Awesome fun Mepps catch!