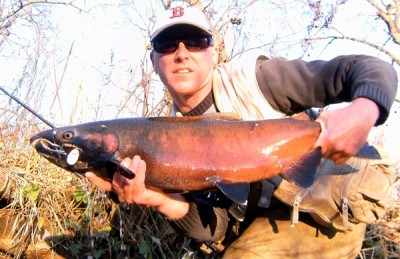 I saw this buck sitting with a few other bucks. I took a cast but made a short cast and this fish showed interest and followed. Next cast I made a perfect cast. I ran the spinner off his nose and then he followed it for a second and nailed it good!