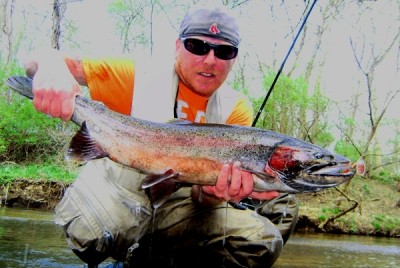 I saw this buck spawning with a hen. I took a cast and he tried to hit many times. I never could hook him every time I tried. So I started to jig the spinner. He kept trying to hit. Finally after a few more times, he nails my Mepps hard!