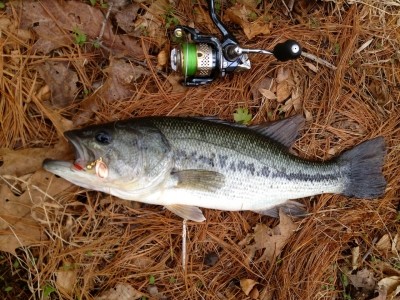 We have just gotten some rain so the water is high, and stained.
An overcast day, I was walking the bank casting Mepps 0 Copper for Bluegill and catching some nice ones.
Six pound line, and an ultralite.
So I hook into this bass, hit the tiny copper spinner, Hard, was very acrobatic in the end only one hook, the picture tells the story.
I released her she's fine.