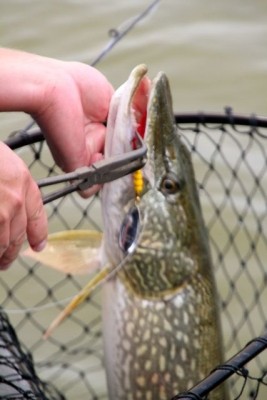 Decided to go to Canada for some serious pike fishing. Heard from some other fisherman that red and white was working great so I decided to go with the mepps #5 red spinner. Turned out to be one of the best lures of the trip. Out fished my buddies in the boat one day, even when they combined both their numbers of pike. Attached is a photo of one of many of approximately the same size.