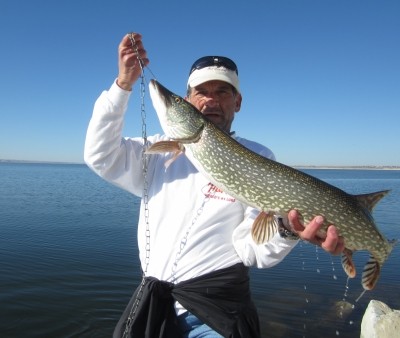 I live near the Dam at Lake McConaughy and have been putting in a few hours nearly every day since late Sept., it's a tough go on foot,and a graveyard of lures. And, when the Northerns started to show up, who usually stay near the west end of this 20 mile lake, I got busy hunting them. I can't count how many lures of all types I've lost there lately, but this #5 Aglia silver dressed in white must be magic cause its still in my bag and has landed several smallmouths and a bunch of big Pike.