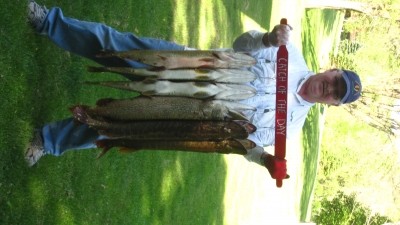 Got into a wolf pack of Northern pike. Had tried several lures (spinner baits, crank baits, and spoons and could not catch them. Put on a #5 Mepps dressed Aglia spinner and this lure rocked my world. Went back and fished these fish over the next two weeks and had same luck with the Mepps. This lure is my go to lure now. Also caught 5 lb walleyes and 3-4 lb bass in the same area on the Mepps. I just ordered a bunch more for the upcoming spring run. Thanks for making a great lure.