Pike Caught by Florent with Mepps in France 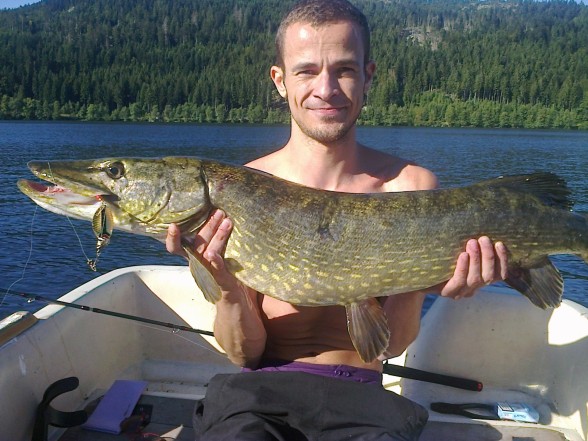 These spoons are known to be the best lure to catch big nothern in my region. I never used this spoon so much by my own, as I got a full battery of crank lures, big bait to cast. But I had the good idea, the excellent idea to change it to this spoon :))
Weather was really shiny, no wind at all. I'm also out of a surgery of my cross knee ligament, so I walk with crunches. Anyway, I was waiting for 15years to catch a big pike in this lake which is well known to be visited by huge pike. They are extremely rare to catch, but every year one or two you can catch above 1m20.
The spoon worked really well, slow or fast speed, it makes its effect and works hard, moving big quantity of water. Also it's really a solid one.
Thank you Mepps, I got my pike, 15 years after the first encounter...