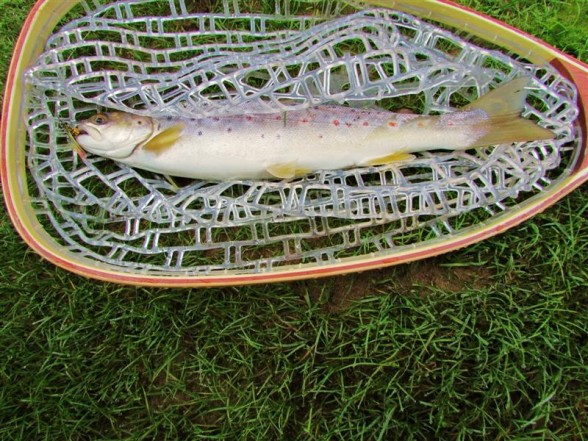 Well decided to have another trip to Western Creek as all the other rivers near home are flooding and I knew that Western Creek would be okay to have a spin in today. The river was medium hieght and very cold so I used the # 0 Aglia in the Brown Trout pattern blade of green, yellow & orange colours. It worked again as i landed another nice solid brown trout once again, this fish weighed 450gms. After a quick photo it was released for another day. The rain then came once more so I decided to call it a day. Only a short session of half and hour but thanks to the great lures that Mepps make it was well worth the trip.