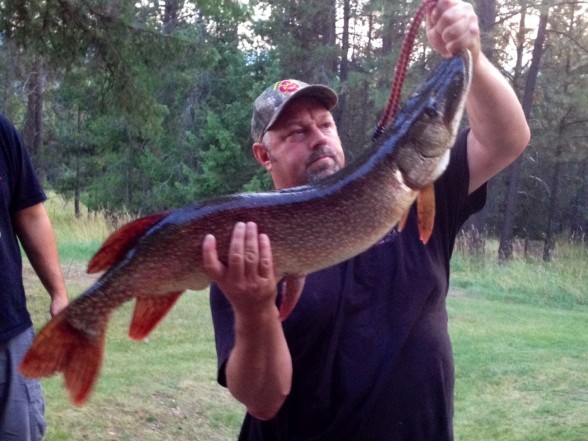 The pike was caught in about 20 feet of water. He hit it almost as soon as it hit the water; it took about 15 mins to land him. He made at least 6 runs and we landed him just in time because the swivel on the steel leader broke as soon as we pulled him out of the net.