Bass Caught by Tom with Mepps Comet Mino in Arizona 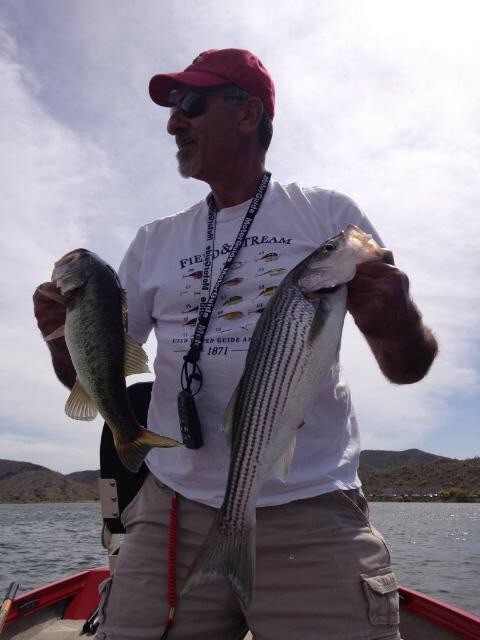 Cought both largemouth and striper on the Mepps 5/16 Comet Mino Shad. I casted into a cove between two trees and bang, there was the 3.4 largemouth. Later that morning, we moved off a point which showed a lot of traffic on the fish finder. I kept dropping the Mepps straight down and waited than bam! What a fun fight and a 6.2 striper. That Monday the 20th I ordered 4 more of the Comet Minos.
Thank you Mepps, your product works for real!