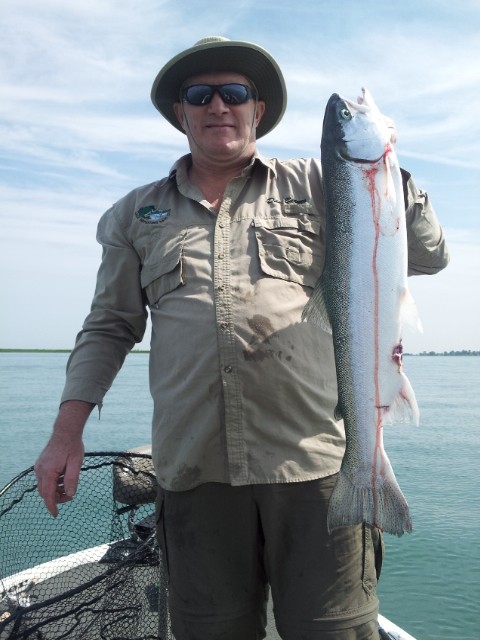 I was fishing for Smallmouth with my friend Bob Landon. We had drifted across a big flat and was coming to a drop. I cast to the edge of the drop and the steelhead hit. It was an unexpected prize on Lake St Clair in July! The very next cast a toothie critter claimed my #3 Rainbow Trout Aglia with a White tail. Fortunately, I had a spare.