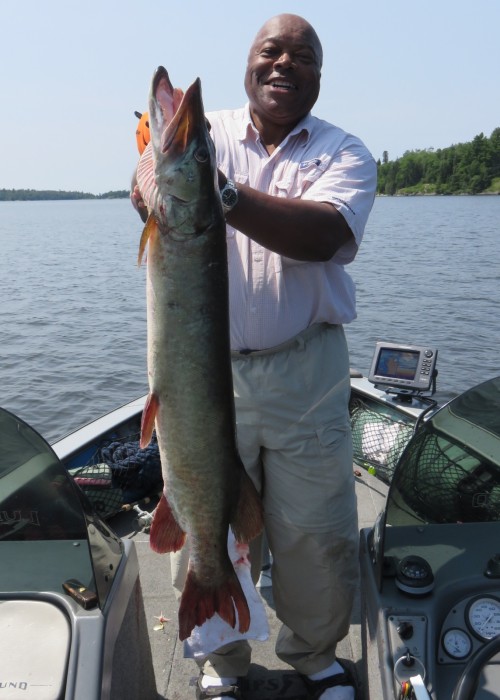 Mepps double blsde BD3T G/RW2-W
During our annual family and friends fishing trip to Witch Bay Camp on the Lake of the Woods we were fishing for Northern Pike and Smallmouth Bass when a Musky came out of the weeds and followed my Mepps for approximately twenty (20) yards. As the Mepps was about eight (8) feet from the boat I attempted to start a figure-8 pattern with the lure. Before I could start the pattern the Musky took the lure and ran toward the stern on the boat. I set the hook and the battle was on. After fifteen (15) minutes, several runs and passes by the net---he was in the boat. My Mepps was deformed but, it held.

Caught at: Lake Of The Woods