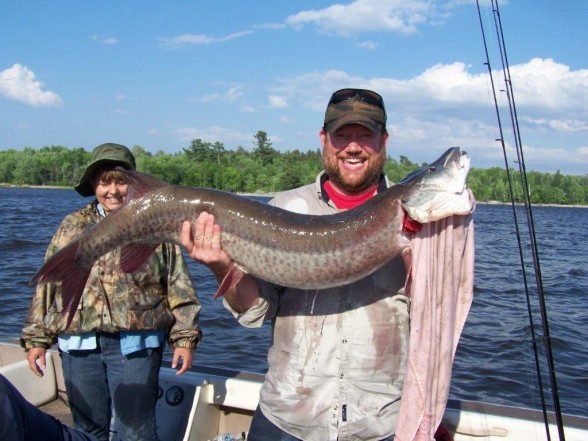 In an effort to escape the relentless wind, we worked some back bays for big pike. While no pike where caught, we did cross paths with this guy. First musky (other than a small hammer handle years ago) and the fight was like trying to stop a freight train from pulling against you. The cheap net we had folded over once we got it in there. Then, upon lifting the net's frame with both hands, the bottom webbing blew out. Somehow it stayed in the boat and we were able to snap off a quick picture before releasing it.

Caught at: Lake Of The Woods