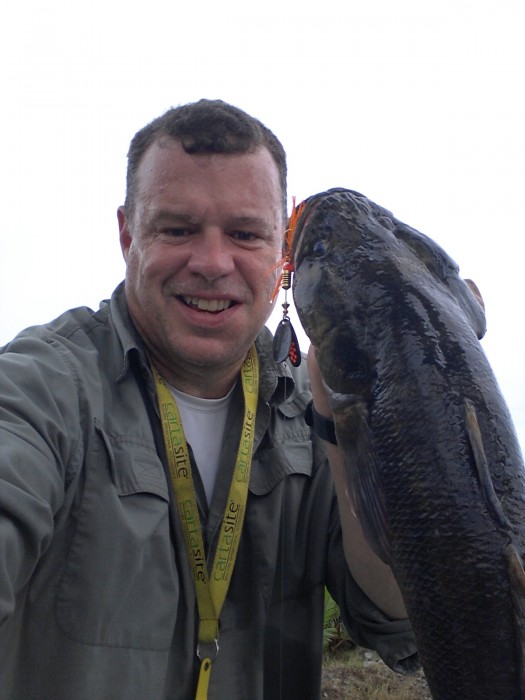 Fishing in a slow moving area along a creek or small river here in Papua Indonisia. I saw the ball of fry surface for air(they do that in June and July. So, I cast near them and "bang" one of the Parents nailed it, they guard the fry. Tough fight, took the picture, then released it since it is guarding its babies.