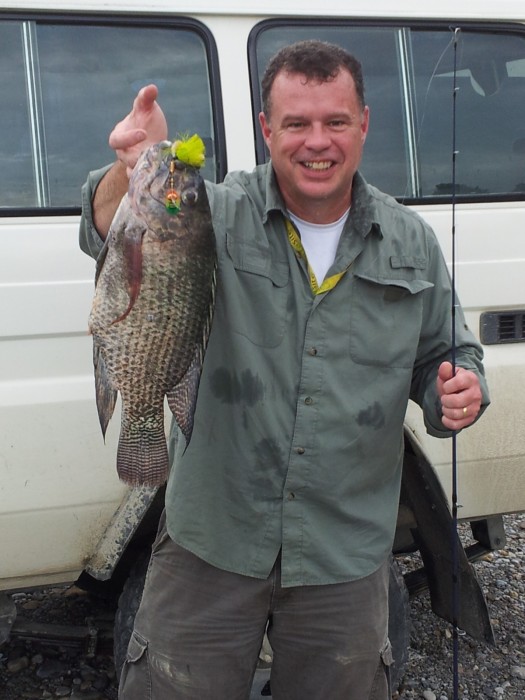 Just taking a small break casting in a creek near where it enters or joins the main river when some smaller fish were following my bait, kept working the area and bam! This monster hit. Tilapia are mostly vegetation eaters, but are territorial and will attack other fish in their territory so I believe that is what happened. There were scale and small fish pieces in its stomach. I was trying to figure out what they eat. Anyway another nice catch with MEPPS!