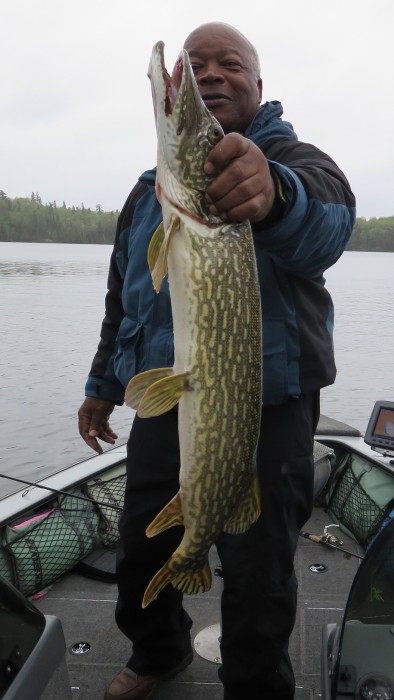 During our annual “brother bonding” fishing vacation in Witch Bay on the Lake of the Woods I threw my Mepps #3 with a gold blade and white tail approximately a foot in front of some weeds on a protected bay. The Northern Pike hit my lure as soon as it hit the water. The battle was on. The Northern made several runs---10 yards, 5 yards, 2 yards and finally he was in the net. This catch was a---catch, photo and release (C.P.R.).

Caught at: Lake of the Woods, Canada