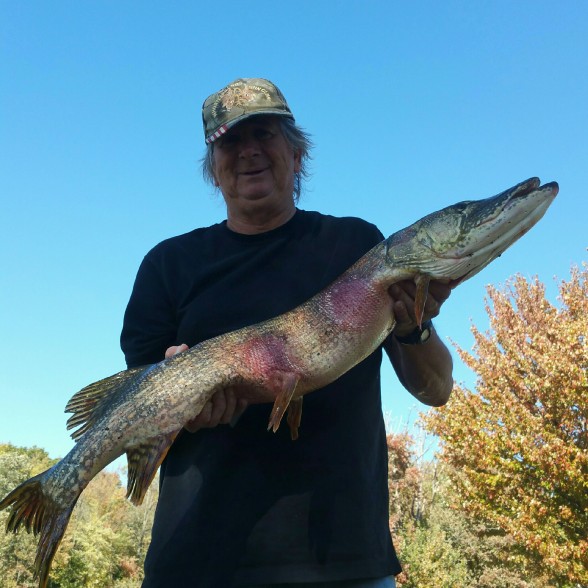 Last day, last cast and last fish of the season. First time in my life to catch a pike over 40 inches in Lake Champlain. Turns out it has a serious skin issue from a virus, as seen in the picture.. Contacted DEC. I was told, don't eat it and don't return it to the lake. Later found out because of the scales flying off the sores, you can't get it mounted. Hated having to destroy it. Taxidermist suggested I catch another one. It took me 68 years to catch this one. I don't think I have enough time to catch another one.