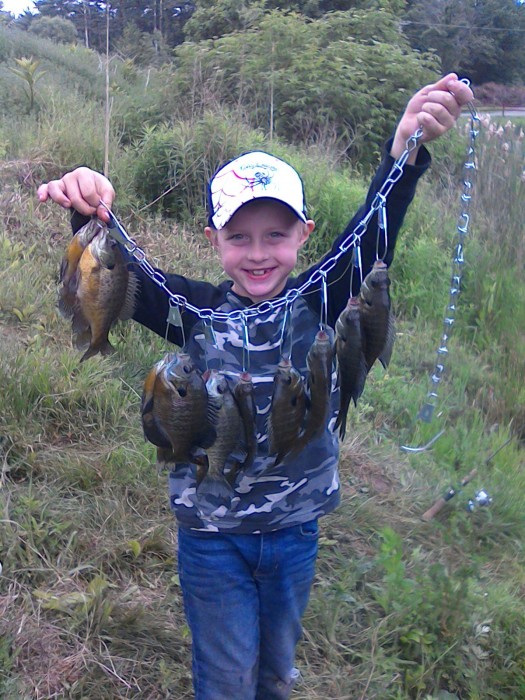 Another photo of my little man,
Gunnar, with a nice stringer of 'gills!! All caught on an Aglia. This little guy has become quite the fisherman, and 2017 was his coming out year. Just about every weekend was another fishing adventure. Proud he has taken up the passion of fishing, and Mepps lures makes it that much easier. All fish were released after a few pics!