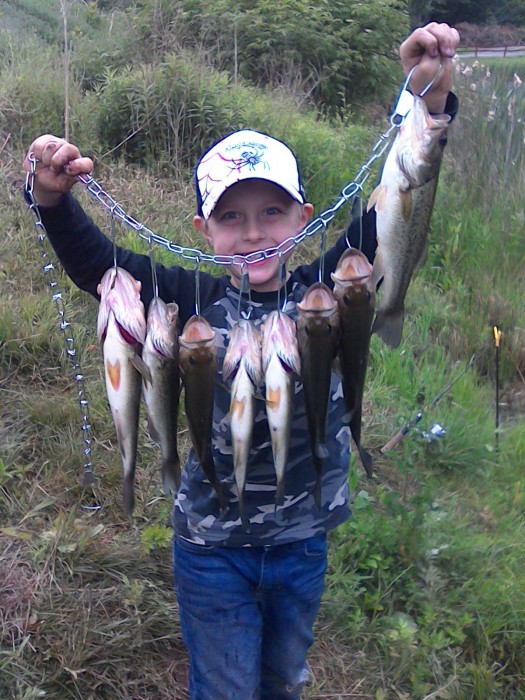 After spending the earlier part of the day catching good sized bluegills, Gunnar decided it was time to switch to a bigger aglia and start catching something a bit bigger than the gills. In just about an hour, he filled his stringer! After a few photos, all the fish were released unharmed. Gunnar has learned early that catch and release is vital to many fisheries. And exposing kids to becoming multi species anglers is how you grow their passion to becoming lifelong Fisher people.