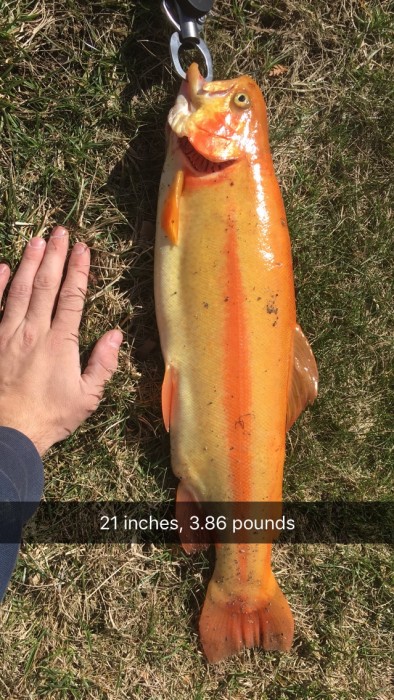 My largest fish ever caught on the 2018 opening day of trout in Pennsylvania. The fish was hovering under a small bridge in a pocket of deeper current. I spent two hours trying to catch the fish before moving on down the stream only to come back and have it strike my Mepps spinner on the second cast almost four hours later. I had to cast from behind the fish and not allow it to see me and sure enough he ate the spinner bait almost immediately. Later I filleted it with some lemon and pepper seasoning and grilled it to perfection. Thank you Mepps!