Pike Caught by Terry with Mepps Comet Mino in Minnesota 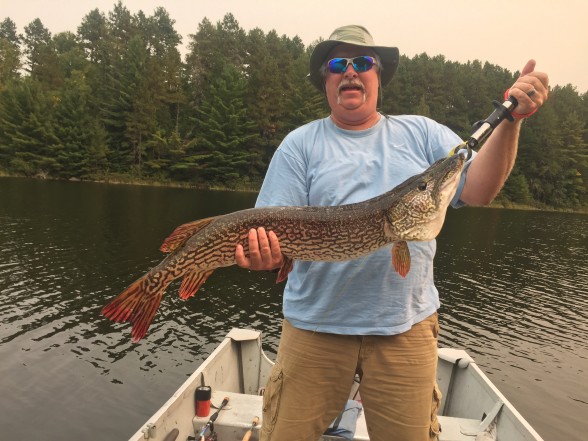 My Brother thought he had weeds instead of a fish he was still seated in the boat, while I was standing we didn’t notice until I seen it beside the boat. Being that big it was a sly fish putting up little of a fight. Until it seen the boat he went straight to the bottom and back towards the motor. My brother keeping his cool flipped the bell on his reel brought the line around the motor the fish sat perfectly still flipped the bell back on and reeled him in he fought the whole way in 23 minutes worth. We revived him and sent him on his way after pics of course.