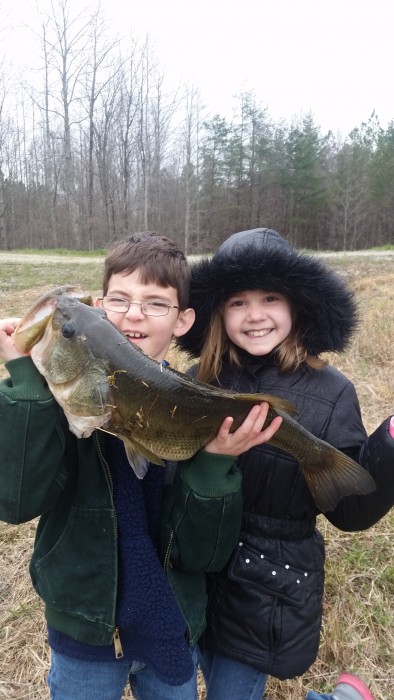 It was the middle of March in TN. Bass are starting to get moving in shallow water and I had taken my two oldest grandkids to a hunting lease to ride 4-wheelers. We ended up fishing a 5 acre lake with my trusty #2 Mepps dressed Aglia with a gold spoon. I had caught a few largemouth in the 2-3lb range already. It had gotten cloudy and cool and we were about to head to the truck when I snagged a log....or so I thought. After reeling in a large chunk of something, this bucketmouth finally woke up and the fight was on. We got it landed after a 5 min battle on light tackle and I'm not sure who was most excited - the kids or me! This is my personal best freshwater fish but the memories that we made that day are much more important to me. Throw it back, catch it again next time! Mepps - nothing surprises me with these lures!