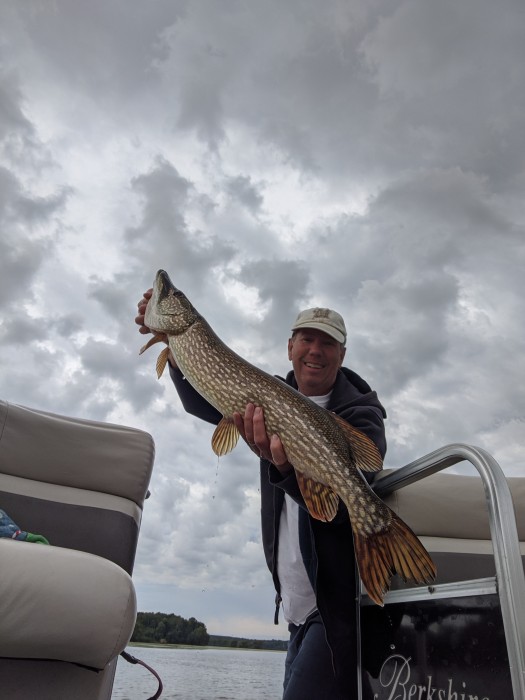 Rain was moving in and I went out thinking maybe they would be biting before the rain. They were. He did not hit the lure all that hard, but, as I brought him in, he did not want to surface. I knew I had a good one on. Each time I got him to the front of the boat and tried to net him, he would pull back on my drag and go out 15-20 feet. It took about 5 attempts to get him into the net. I went to remove the lure and it was just barely hooked with one hook. Easy removal. Lucky he stayed connected. I got a picture and released him for another day.

This was my "Walter". Thanks Mepps for making such great lures!