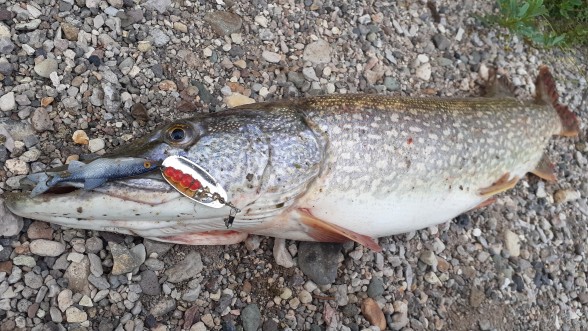 It was a cloudy afternoon in Cochiti Pueblo. I had hit the local waters, going from hard jerk baits to soft paddle tails lures. I noticed a northern pike follow the soft bait but didn't commit. Fueled with excitement and eager to net the guy. I threw on my Mepps Comet Mino, and two casts later BAM! He hit it like no tomorrow. Awesome products!