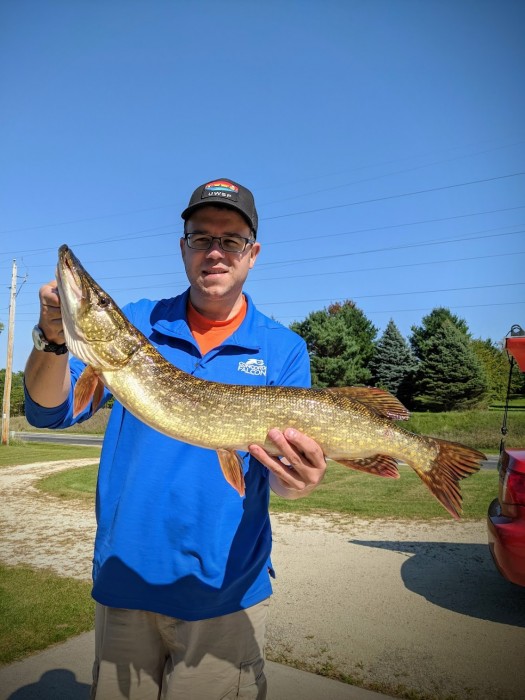 I am an avid kayak fisherman and the weather was too nice to be on a computer for work, so after getting the OK to get out on the river I went out.

I was casting the shoreline as usual and most of the morning, I was getting a lot of follow ups and landed some nice smallies and some other pike.

I got to a spot that looked too good to not hold a fish and the first cast came about 5' from the kayak on the retrieve and I was surprised nothing hit it on that cast. Right as I was about to pull the bait out of the water to cast again, BOOM... the northern struck! It took my drag immediately and spun my kayak around. I had my micro power pole dropped so I just spun around like a swivel with the fish and after a few times of taking the drag out, I got him up to the kayak and netted him.

I was in awe seeing how large this guy was and it was a really nice treat to catch him that morning.