I'll bet you have heard of Lake Fork in deep East Texas. Maybe you have even fished there. If not, try to think back to the day before Christmas at your local shopping mall and recall all those shoppers pushing and shoving to get in line. Now, picture all of those good folks in bass boats within the same confined space and you will have a clear picture of what most coves and creeks look like when the fish are biting at Lake Fork.

One day in March I was greeted by just such a situation when I pulled my big Skeeter into a popular creek on the north end of the lake. Several boats were fishing the grass line in front of me and at least five boats were leaving the creek, having no doubt hit the same water I was about to fish. 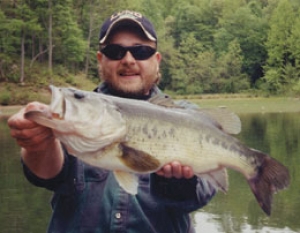 A heavy hydrilla bed ran down the bank, and each boat I observed was fishing the outside edge of the grass. Common sense dictated that all the feeding fish on the outside of the grass had already been caught by the "angling platoons" which had passed before me, so I was going to have to use a lure or method that would give me a chance to catch the fish lurking in the hydrilla and timber-choked cover. Today I had both, as the bass were about to find out. Before I reached the back of the creek, five bass ranging between 3 and 7 1/2 pounds had been caught and released from my boat while I observed only one other small fish being landed by the dozen or more boats I could see. "OK man, I give up," said a man in the boat closest to me. "What in the heck kind of lure are you using?" I smiled and held up my "secret weapon," a 1/2 ounce gold colored spoon..."It's a Timber Doodle."

"Mepps," I said. "Mepps??!!, I thought all they made were trout lures," said the man as he looked at his partner. 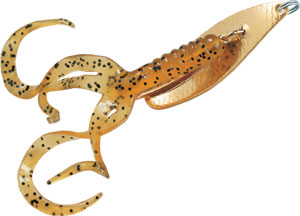 As I zinged the Timber Doodle back into the dense cover that would have instantly fouled his jerk bait's treble hooks, I couldn't help saying, "Well, for those five bass you just saw me catch and the other ones I intend to catch today, that's unfortunately not the case anymore!"

That day another angler learned what thousands of other fishermen around the country are quickly discovering, Mepps lures go after bass in a big way. Long recognized as a leader in the tackle industry, especially in the production and design of trout and salmon lures, Mepps has clearly stepped up to the plate and delivered a home run to the serious bass angler with the introduction of the Timber Doodle.

This weedless spoon is designed to be fished in the heaviest cover you can find. Aquatic grass, brush, just plain slop or anywhere you could never fish a conventional lure, is the perfect place to fish the Timber Doodle. The patented Mister Twister Keeper hook holds a Mister Twister Split Double tail trailer in place while making the bait absolutely weedless. A laser sharp VMC hook lies buried in the trailer, waiting to bite back when that trophy largemouth assaults the spoon as it swims through the cover.

Effective in fresh and saltwater, the Timber Doodle comes in genuine silver plate, and 24 karat gold finishes. They are also available in Frog, and Fire Tiger. These computer-age epoxy finishes won't chip or flake. 1/4 and 1/2 ounce sizes, the Timber Doodle can be fished from the top while swimming through cover, or vertically jigged to tempt deep or suspended fish.

I'll tell you this about the Timber Doodle, the next time you're fishing down a bank and the fellow in the boat next to you has one, just make sure you're in front of him, not behind him!

Mepps has made a solid commitment to the bass angler with the design of the Timber Doodle. Pick up a selection, head out to the lake and try them for yourself. Believe me, when that big largemouth explodes from the water with your Timber Doodle stuck firmly in his jaw, you'll agree with me that, "Mepps means bass!" 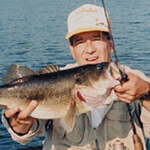 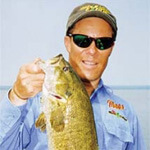 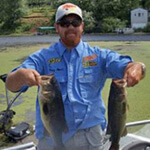 Many anglers motor past an area claiming, "What a weedy spot," not even realizing…
Read More