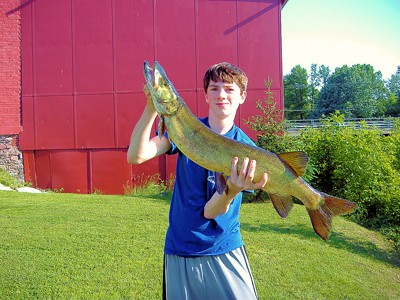 " I've just got done catching a bunch of smallmouth bass, and i decited to look in that tackle box for a new lure and i saw that Musky Marabou, and decited what the hek. Only on the second cast did i hook into my first musky ever.