Trout Caught by Jason with Mepps Flying C in Wisconsin 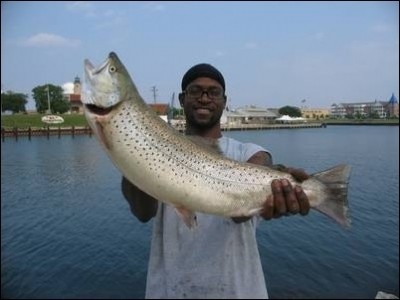 I was introduced to salmon and trout fishing by my co-worker and friend, Dave Bagdasarian (Bagdafish Guide Services). We had been fishing for salmon early in the 2007 season followed by trout in the Summer. It was beginning to look hopeless for me after putting-in countless hours with Dave, he was catching fish, and I wasn't...and we were using the same lures!

Dave convinced me that my luck would change.